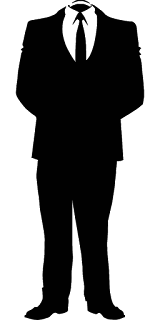 Headless Testing means running a browser UI test without the graphical user interface, i.e. without the head. Such a test requires a headless browser, which (according to Wikipedia) provides automated control of a web page in an environment similar to popular web browsers, but are executed via a command-line interface or using network communication. They are particularly useful for testing web pages as they are able to render and understand HTML the same way a browser would, including styling elements such as page layout, colour, font selection and execution of JavaScript and AJAX which are usually not available when using other testing methods.

Why would we want to execute UI tests in headless browser?

The main reason is continuous integration. We might not always have a display output (X-server) installed. For example all unix systems (that usually act as enterprise CI servers) don't have it by default. Let's say you have Jenkins installed on amazon EC2 ubuntu instance. In order to run UI tests there you need Xvfb installation +  configuration. Headless testing requires browser only.

As for today PhantomJS is an unquestionable leader. Unfortunately the project has more than 1800 open issues and its maintainer has just announced that he will no longer support it. The main reason being:

Headless Chrome is coming (...) I think people will switch to it, eventually. Chrome is faster and more stable than PhantomJS. And it doesn't eat memory like crazy.

Headless mode would be added into Google Chrome in version 59.

Firefox is planning to introduce it as well.

I managed to run headless test on my Mac. Prerequisites require only two steps:

As usual I prepared a demo on my GitHub project. It was a lot easier this time - I used example test from Selenium Waiting Game post and Chrome Manipulation code from Browser Capabilities Explained post. I'm using FluentLenium syntax.

Turns out, all you need to do is add 'headless' option into Chrome BrowserCapabilites.


Try it on your own. You should see no GUI and the test should pass. Now comment out line 24 (adding 'headless' switch) and you should see real Chrome.

All code from my technical posts is available and maintained on my GitHub project. Check it out for more details and subscribe to updates.

Update: Headless Chrome doesn't work on Windows yet. Big thanks for @rafalfusik. See link for details.